Aahil is currently in an asylum seeker centre in Slovakia, hoping for a way to get his family out of Afghanistan as well.

His life got saved by Slovak soldiers. Aahil managed to get out of  Afghanistan last Thursday with a military plane. "If I had stayed there, you wouldn't be talking to me right now. They would have killed me, " he explains to us with sadness in his voice.

The Slovak government evacuated seven more Afghans, but hundreds of thousands of Afghans are still waiting to flee the country, asking the Western world for help. Aahil's family is also at risk because of the Afghan armed forces.

"They don't come out at all. They've got to hide from the Taliban, " he added. He hopes that Slovakia will send another military mission and save their lives. In the interview, he talks more about what it was like to escape death. We replaced the real name of the respondent with the pseudonym Aahil for security reasons.

How old are you? How did you work in Afghanistan?

I am 22 years old. In the past, I studied in Slovakia, but after graduating I went to Afghanistan, where I worked for more than three years in the Afghan Air Force. I didn't work in one place, but in several cities across the country, because we were rotating in the army. In fact, I passed through almost all of Afghanistan with the military.

What did you study at school?

The focus of my study was the aviation and especially the MD 530 helicopter. I was educated about this helicopter, when I was given the opportunity to come to Slovakia thanks to a scholarship. I studied at the Technical University in Košice, but then I returned to Afghanistan, started working for Air Force and the situation started gradually getting worse.

Are you from Kabul directly?

I do not come from Kabul, but from a city in the East of the country, near the border with Pakistan. It is about 125 kilometers from Kabul and the journey by car takes more than 3 hours or 30 minutes by helicopter.

Is your family staying in Afghanistan for now?

Of course, my whole family is still in Afghanistan. With the help of my fiancée, I managed to get out of Afghanistan thanks to the initiative of the Slovak government, but my family remained in the city I come from.

Is your family in danger?

My whole family is in danger because of me. You may have heard in the reports that the biometric database of Afghan forces, social security and the Ministry of Defense are now in the hands of Taliban. Taliban is looking for all people who have worked with the government in the past, so staying in Afghanistan would be way more dangerous for me.

If Taliban got a hold of me, they wouldn't hesitate to shoot me on the spot. Fortunately, I've managed to escape, but my younger and older brothers remain in Afghanistan. Taliban has now declared that it wants young people to work for them. I can't let that happen.

For now, they're just looking for my family, but when they find them, they'll ask where I am and where I've gone to. They are in danger at all times, so we often call and I check if they are okay. I'm now trying to find out if the Slovak government could secure the transport of my family.

Not a scene of Hollywood, it’s Just #Kabul air port, people want to run away, after the Capture of Kabul by the #Talibans #Afghanistan
By: @Mukhtarwafayee pic.twitter.com/ZLYieJm9mX

Are you currently able to communicate with your loved ones from Slovakia?

I call my family every day to find out how they're handling it. They explain to me that they can't even get out of the house, because if they went out and got caught by Taliban, they would get in trouble. They moved into our new house, because after the Taliban came into power, they could see in the government system which house we owned and where my family was staying. This will make it more complicated for them.

If you had stayed in Afghanistan, would the Taliban arrest you?

If I was arrested for cooperating with the government, they would know that I flew MD 530 helicopters. In Afghanistan, we have two types of fighter jets - an A-29 fighter jet and an MD 530 helicopter. The Taliban know that people like me, who flew this type of helicopters, have bombed and destroyed them in the past, so now they're looking to find us and take revenge. If they caught me, they'd shoot me in an instant.

They would shoot you?

Of course, without a doubt. 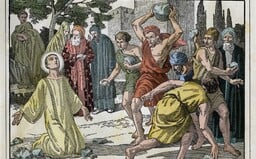 Let's talk about your trip to the airport, where the Slovak soldiers were supposed to evacuate you. How did it go?

There are about 4 gates at the airport through which you can enter. We have received an invitation to the VIP gate, which is where the Americans and other foreign troops were departing from. At each gate, however, there were perhaps 20 to 30 thousand people. Perhaps even more at the main gate. Getting into the airport was difficult, because we've been trying from eight in the morning and we only managed to get inside at half past ten. Finally, we received help from Slovak soldiers who have looked us up and took us from the crowd towards the plane.

You were led by Slovak soldiers. Was the whole mission well organized?

The Slovak army was the best organized. The other troops were not as good, but the Slovaks were nice, friendly and immediately provided us with everything we needed - whether it was water or food.

The Slovak Minister of Defense said that Slovak soldiers had to use weapons in Kabul. Was there any shooting at the airport?

I may have been standing a meter and a half away from the soldiers who started firing into the air. When more than 20,000 people suddenly began to rush towards the airport, the police has lost control of the situation, and the US troops weren't better off either. The soldiers tried to organize the people and stop the chaos. At one point, they began firing into the air as a warning to scare the people flocking through the gate and allow specific people to get inside. Fortunately, nothing has happened to us despite all of the chaos going on there.

From what I saw, the Americans and Germans fired into the air, because people were pushing from every side. They had weapons, but they didn't use them. When we came to our gate at the airport, we called the embassy and announced our arrival, but there were too many people there, so they told us they'd call the Slovak soldiers to help us.

One Slovak soldier - I think he was the commander - climbed on the wall and we agreed on a sign to recognize each other. We identified ourselves by the orange scarf.

What did it look like on the board of the plane?

There were a lot of planes everywhere. I really appreciate the Slovak Army for helping us. They gave us what we needed - water and food. We appreciated everything.

Were there many children?

There were several families. I think there were three kids. There was 24 of us altogether.

How did it feel flying out of Afghanistan?

I can't even describe it. If I'd stayed in Afghanistan, you wouldn't be talking to me right now. I'd be dead. When we left Afghanistan, we have left our country. But we felt safer on board.

Is there a chance the Taliban will be defeated?

I don't think it will be like it was back in 2001 (when the Taliban backed out). The Taliban are everywhere now. They took power over all of Afghanistan. Something really unexpected would have to happen. There's nothing we can do now.

It will be different than it was during the first Taliban ruling. A lot of things will change, of course. Originally, women could be part of politics or the military, take care of business, before the takeover of Taliban. This will not be possible, although this Taliban is more modern. But many Talibans are uneducated, therefore, women will have a harder life than before.

We feel very good here. We really appreciate the help of the government and the people who work here. Everything is beautiful.

How many days do you have to be quarantined?

It's the sixth day now. They'll do a PCR test tomorrow, the result of which should come the next day. Then they let us out of the building. The asylum process should start afterwards.
We have to wait 20 to 30 days in Humenné during the asylum process. I have a girlfriend in Slovakia, she will come see me here. We plan to live together in Slovakia.

Did they take measures against coronavirus at the airport?We had to wear a face mask in the aircraft. A lot of people at the airport had face masks as well.
Do you think your family will get to Europe?

It won't be possible just yet, because there are no more embassies in Afghanistan. At this point, I really don't know if they'll be able to help them. I very much hope that Slovakia will send another mission. We want to save our family. 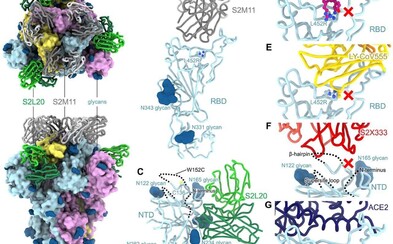 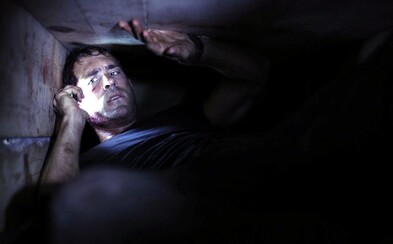 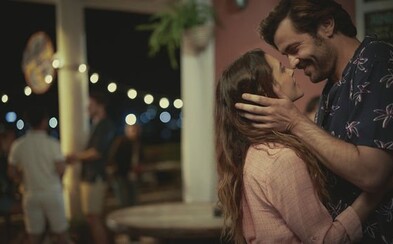